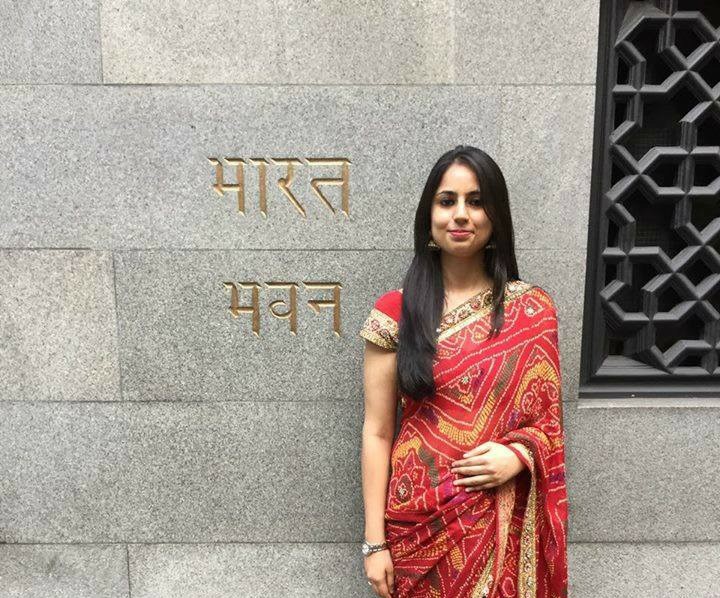 ‘Assisting faculty members at the Centre for Clinical Programmes and the Centre for Health Law and Ethics at O.P. Jindal Global University (JGU) made me believe in the significant power of law as an instrument of social and political change,’ says Shireen Moti. The inspiration led to the formation of Jindal Global Law School (JGLS) Clinical Legal Aid Society, which encourages law students to provide legal aid to the marginalized and underprivileged. She was not just one of its founders, but also led the society from the front as its President for five years. What started as a five-member society had around 300 members by the end of her tenure in 2014. The much-awarded student, and the force behind the much-awarded society, went on to become a noted human rights lawyer. Shireen is now back at JGLS as a Research Associate and also handles the JGU Office of Alumni Affairs. Talk about life coming a full, and fulfilling circle!

Looking back on her time at JGLS, Shireen remembers the mentoring she received from Vice Chancellor Professor C. Raj Kumar, and faculty members including Professor Ajay Pandey and Professor Dipika Jain. She says their guidance inspired her to pursue excellence and remain steadfast in her quest to acquire knowledge as a student. She delved deep into research, and her academic papers – ‘International Labor Organization Convention No. 189 on Domestic Workers: Should India Ratify It?’ and ‘Credit Rating Agencies: A Case For Government Regulations’ – brought much acclaim. In fact, during her time at JGU, Shireen also won the ‘Best Student in Clinics’ and ‘Best Student in Public Interest’ awards. But it’s her work with the legal aid society, which won the ‘Best Society Award’ for two consecutive years, that she cherishes the most. That’s why she continued engaging as a mentor with the society after graduation.

JGLS Clinical Legal Aid Society continued its good work and got recognized by Herbert Smith in 2016. The same year Shireen was awarded the distinction of Associate Fellow of the Royal Commonwealth Society, UK for five years. Winning the prestigious Foreign and Commonwealth Office British Chevening Scholarship gave her the opportunity to pursue an LLM in the UK. She captured her experience for the benefit of future students in her first book Guide to LLM Admissions and Scholarships Abroad, which publishers Universal Law Publications and LexisNexis declared a bestseller. While in the UK, it wasn’t just scholarly books that won Shireen recognition. She had the honour of being invited to the House of Commons, London by British MP Bob Blackman. In the hallowed house, she presented her poem on ‘Exodus of Kashmiri Pandits’, a proud moment and an equally moving experience.

During her time at JGU, Shireen had interned with organizations like the United Nations, as a Special Rapporteur of Extreme Poverty and Human Rights, at Amarchand Mangaldas Suresh A. Shroff and Company, and at AZB & Partners. After her Master’s, she came back to pursue her legal career with Nishith Desai Associates. However, within a year, she returned to JGLS as a Research Associate. For her, ‘working on research projects at JGU was a huge learning and enriching experience’. As she continues her research dreams, she is also teaching courses at JGLS. Still working closely with the Clinical Programme Centre, she initiated collaboration with Navjyoti India Foundation to increase access to education. Her international project with Queen Mary University involves conducting qualitative research on domestic violence in India. And, by guiding current students, she is keeping the torch of social and political development burning bright.