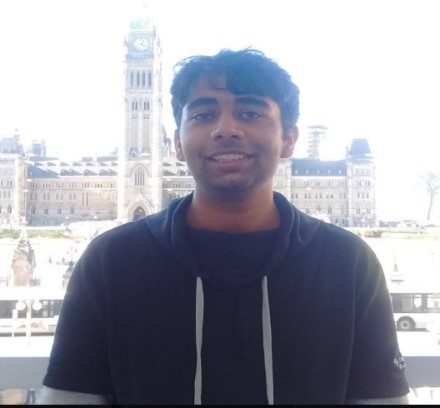 That slow and steady wins the race has always been the mantra for Mohit Yadav, Jindal Global Law School (JGLS) alumnus of Batch 2012–17. That’s why when his batch-mates were focused on securing prestigious placements in the final year of law school, he was busy building the Minimum Viable Product (MVP) for an idea that was his brainchild. Interestingly, the idea struck him during a ‘watershed moment’ of his JGLS journey. The potent blend of that idea, his conviction, and the support he got then shaped his highly successful venture Veratech Intelligence. A tech enthusiast by passion and a lawyer by chance, he discovered the combination that clicked.

Mohit says he picked law as an academic option, perchance. However, law schools enabled him to productively pursue his deep-rooted interest in technology. During his time at Dr. Ram Manohar Lohiya National Law University (RMLNLU), Lucknow he worked on a CLAT prep website with his peers. His interest in tech-based projects received further encouragement at O.P. Jindal Global University (JGU). But that didn’t mean his penchant for excellence in law was compromised in any way. As a student, he received 100% scholarship for all five years of the law school, and graduated in top 10% percentile of his class. He had what it takes for a successful law career; he simply utilized those skills in the tech industry.

As he gained legal acumen, Mohit’s personal interest remained steadfast. In fact, throughout his time at JGU he was constantly involved with projects at the interface of law and technology. His eureka moment came during an elective class with Professor Arjya Majumdar. It struck him that the entire process of due diligence, that is crucial to corporate law, could be automated. ‘The clinical course on Advanced Corporate Law made me realize what an absolute drudgery due diligence was. It was also during this course that I decided that we could automate the entire process,’ he says looking back at the turning point in his career.

With backing from Professor Majumdar and Prof Aditya Swarup, Mohit began his research about the product and its market. He then roped in his co-founder Mayank Sharma, an engineer, to embark on the crucial stage of building the MVP. ‘I basically gave him the gist of how we will become millionaires over the summer break. Two and half years later we were living the dream,’ he shares with a chuckle. It was an excruciating two-year wait to develop the product but with constant support from the faculty, he made it through. It was the firm faith in his idea and perseverance that paid off when Veratech Intelligence was born.

It’s extremely commendable that Veratech came into being without external funding support as technology solutions were completely developed in-house. It is a data intelligence organization that provides technology-based, intelligent multiple data services with 100% accuracy. One of their flagship projects deals with providing users with a comprehensive overview of companies with useful insights. ‘We tell our clients you give us a name of an Indian company and we can tell you everything about it. Not just things that are, but things that aren’t and should be,’ says Mohit about the crucial preliminary due diligence service his company offers.

While he may not be practicing law himself, Mohit is making life easier for lawyers by saving them time and effort so that they can channel their energy on the analytical aspect of their work. Throughout his journey as a student and then as co-founder of a successful venture, he managed to bring his passion for technology and knowledge of law together. He dabbled in contract automation with Kagzaat.com and tried developing apps containing notes on law subjects. ‘What I loved about the supportive ecosystem of JGLS is that it enabled me to pursue anything on a whim without having to worry about stuff like market size, return on investment, and all that goes into building a business,’ he remembers fondly. The firm belief in his dream was one crucial factor that helped Mohit build a successful business.