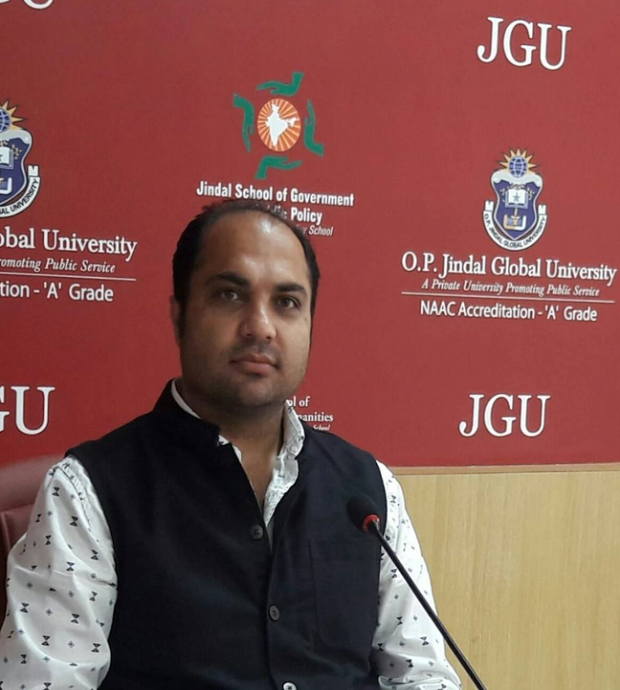 ‘He who controls the media, controls the minds of the public,’ said Noam Chomsky. The power of the Fourth Estate reverberates across countries. But who would know it better than an inquisitive mind that was shaped in conflict-torn Afghanistan. Mir Abdul Wahed Hashimi, a Law and Political Science graduate from the University of Kabul, was singularly focused on issues related to the role of media in bringing about social justice in his country, and citizens’ right to information. As Executive Director, NAI-supporting Open Media in Afghanistan and Community Peace Building Project Manager, Oxfam, he was working for social change one media move at a time. But to make a bigger difference on the world stage he decided to pursue an LLM in International Trade Law from O.P. Jindal Global University (JGU). According to him, it was the turning point in his journey. Here is his exceptional career path packed with headline-making milestones.

To expand his understanding of media and leverage the learning to bring about change in his home country, Mir travelled far and wide. He participated in numerous conversations at conferences in Hungary, India, Indonesia, Nepal, Greece, Britain, Africa, and Sri Lanka. He was also a part of Internews Network where he now works as Deputy Chief of Party-Director of Media Law and Policy. His powerful portfolio resulted in the Jindal-Afghanistan Empowerment Scholarship for his LLM program. It was a crucial opportunity in his mission to promote social justice in Afghanistan. In fact, he used the platform to consolidate and re-calibrate his approach towards promoting peace and social justice. He highlights the role of Professor Dabiru Sridhar Patnaik, Director of the Centre for Post Graduate Legal Studies (CPGLS) at JGU in shaping his thinking. ‘The intellectual environment at JGU was vibrant and enriching,’ he says, looking back.

His time at JGU was instrumental in not only polishing his skills but also bringing about the final flourish in his transformation into a true global leader. In fact, Mir won the Leadership Award at JGU, and has worn the badge as a leader in his chosen career with aplomb. Internews Network, an international non-profit organization that aims to empower local media worldwide and makes people’s voices heard, is getting widespread recognition. He has engaged with media personalities, academics, government officials, and executives from organizations to make a powerful impact. He has been featured in world media as one of ‘Afghanistan’s Freedom of Expression Defenders’. Some of his remarkable achievements:

Mir’s achievements are as profoundly impactful as they are diverse. And what makes them more noteworthy is the fact that they have come against all odds in a country that was a conflict zone till recently.