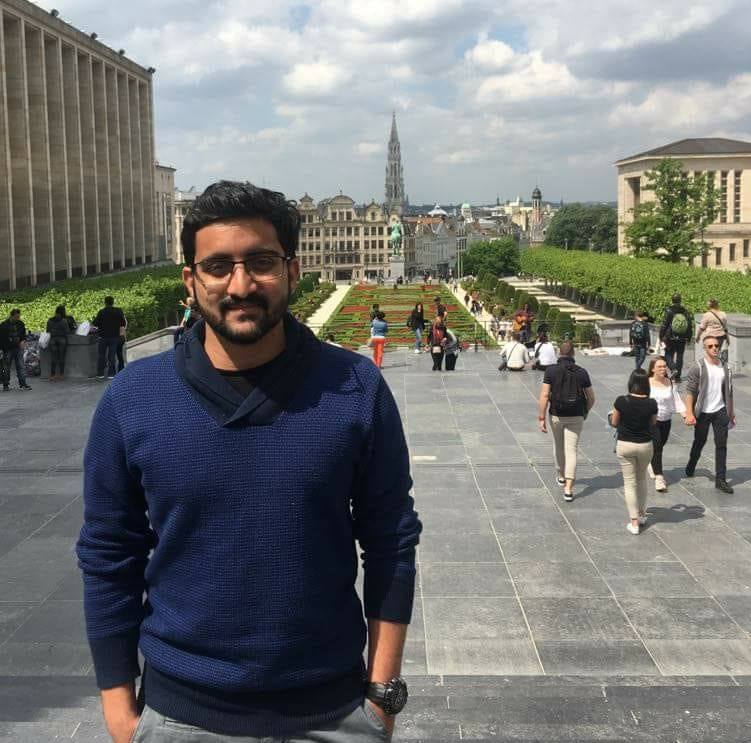 Winning a Gold Medal for academic excellence and a medal for leadership from none other than the Vice President of India would be the crowning glory for any graduate. But our alum Atharva Deshmukh is different. His achievements lie in the field where he had already done exemplary work during his time at the Jindal School of International Affairs (JSIA). The 2018 graduate interned at Miktat Advisory Services and Qrius and then went on to work as a Research Associate at the World Trade Center in Mumbai before getting back to academia last year, in an MSc in International Political Economy program at the London School of Economics and Political Science (LSE).

Mr. Deshmukh is an “aspiring political economist with an avid interest in economics, trade, and politics” which is why he took up this program. At LSE he is a part of the LSE Political Risk and Investment Society and student activities are something he has always reveled in. The erstwhile President of the student council at JSIA founded the magazine ‘Meraki’. He was also the Chief Editor of the magazine that still gives students a platform to express their creativity and imagination.

However, his quest for learning and first-hand experience took him well beyond the campus. Mr. Deshmukh’s work with the research centers at JSIA helped him gain practical knowledge and experience in Delhi, Bhutan, and Assam. He also studied at Leiden University, Netherlands for a semester. His involvement as a member of the Indian Youth Delegation for the Youth Summit on One Belt One Road took him to China. It was an opportunity to gain insights into the Chinese initiative to revive the Silk Route.

But his field research towers above all. Mr. Deshmukh has trekked through the mountains of Kashmir to trace social entrepreneurship in the valley. He spent the summer of 2017 in Kenya learning how the horticulture industry could integrate Sustainable Development Goal (SDG) frameworks in private sector operations. The research led to a paper on Kenya’s blossoming floriculture industry. His second publication ‘What Trump’s Trade War Tells Us About Globalisation’ was intriguing and certainly raised curiosity levels of policymakers and academics alike.

That’s Atharva Deshmukh for you. Curious, passionate, dedicated, one who doesn’t shy away from taking the initiative and rising to responsibilities – a true leader in the making. The mind goes back to that medal of leadership he won during his Convocation. It could well be a prophecy he is destined to fulfill.