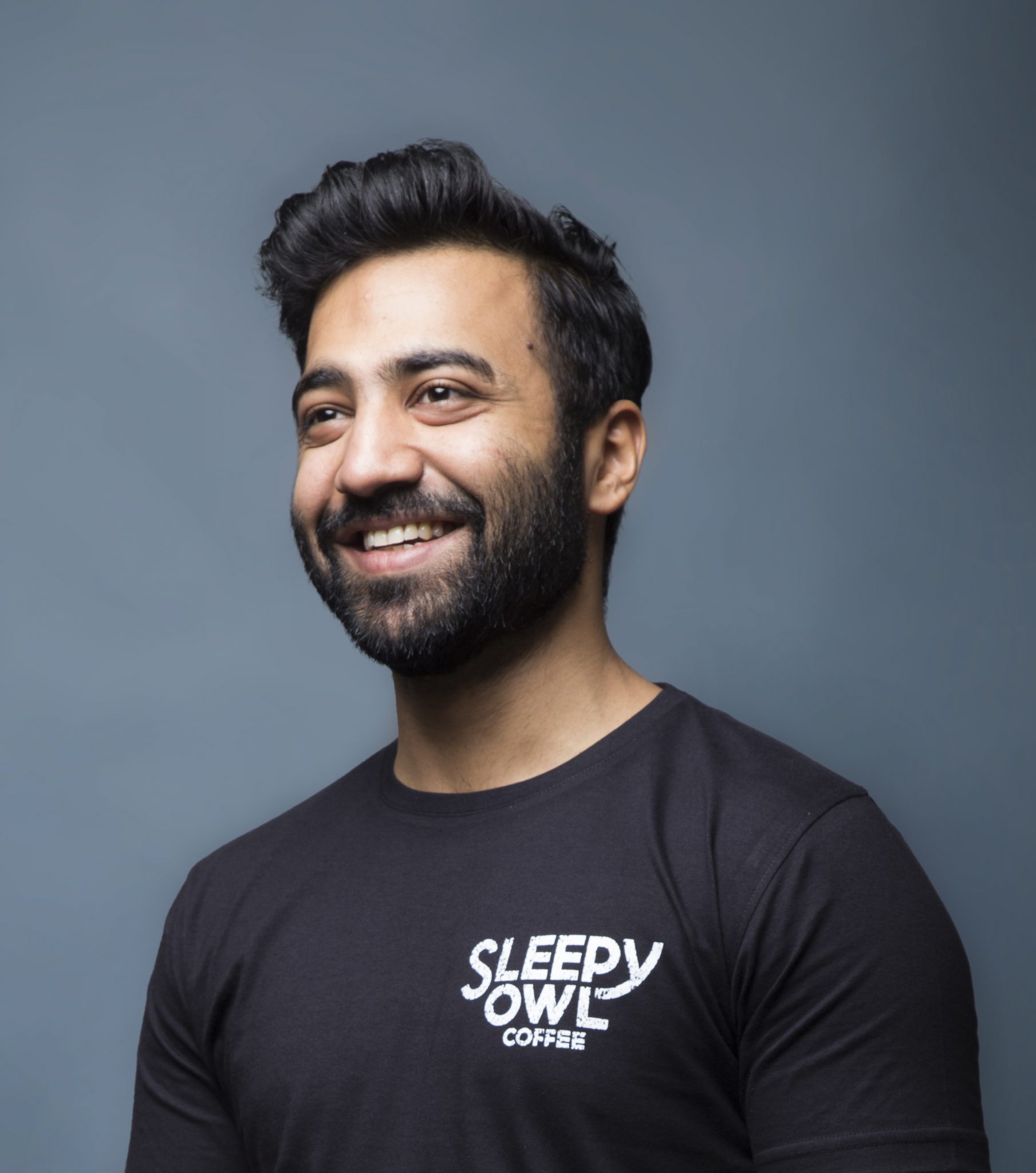 While some of us have to wake up and smell the coffee to find the right objectives for the day, others like Mr. Ashwajeet Singh are professionally “woke” already. Though he pursued his law degree from Jindal Global Law School (JGLS), he always knew that the entrepreneurial road was the right one for him. As a matter of fact, this Batch 2011 – 15 alumni developed an interest in coffee during his time at JGLS as he tried to make extra pocket money. Today his dream has materialized into a successful brand. Ashwajeet along with the other JGLS co-founder Armaan Sood has positioned himself in Forbes 30 under 30, which is an annual list of India’s brightest young stars.

Such is the popularity of the brand today that it is difficult to imagine that it was launched only in 2016. Sleepy Owl Coffee is sold across supermarkets as well as on Amazon and oh, inside the JGU campus as well! Recently it bagged $500,000 (Rs. 3.26 crore) in seed money from DSG Consumer Partners, a venture capital firm. Mr. Singh is full of beans as he takes us through this journey, which began during his law school days. “The training I received at JGU shored up my ability to make an impact on the complex world we live in,” he states. And what an impact he has made with his once fellow student, and now business partner Mr. Arman Sood and childhood friend Ajay Thandi. As strong as the first shot of espresso in the morning!

Ashwajeet and Arman, had two common grounds – their campus days, and their entrepreneurial bent of mind. So when Ashwajeet, a food enthusiast who loved experimenting with new recipes and dishing out customized platters for his friends mooted the idea of the business venture his partners joined hands whole-heartedly. “We were aware of the abundant market for coffee, the lack of great coffee, and the unlimited potential the novel concept of cold brew coffee would have on the public,” he notes, while sharing insights that encouraged their business decision.

Once the idea was distilled, it was time for execution. Both not only gave up their cushy jobs but dived headlong into understanding the craft of coffee. Sleepy Owl started out of a two-bedroom apartment in Dwarka owned by Ashwajeet’s parents. “We would live there as well as brew and pack our coffee there,” he says. They spent about six months experimenting with coffee beans, roasts and brewing processes until they found the right formulation.

The partners then moved to Chikmagalur, the coffee town in Karnataka. It helped them gain insights into the nuances of the raw material, which would be converted into their dream product. With some support from their own family, and driven by their own conviction, Sleepy Owl Coffee took off. “Our ideal coffee would be easy to get, easy to store and easy to drink anytime, anywhere—all while tasting absolutely perfect. We were determined to invent it. We quit our jobs, put in the effort, and a year later we’d made a delicious brew that stays fresh for long. Today, we have Sleepy Owl Coffee. We’re proud of it. We love it. And we can’t wait for you to try it,” says the proud partner.

Today having served more than 15,000 customers online and through offline retail across 30 modern trade outlets like Foodhall, Modern Bazaar and Le Marche it has already scaled heights of success and is inspiring others to follow.