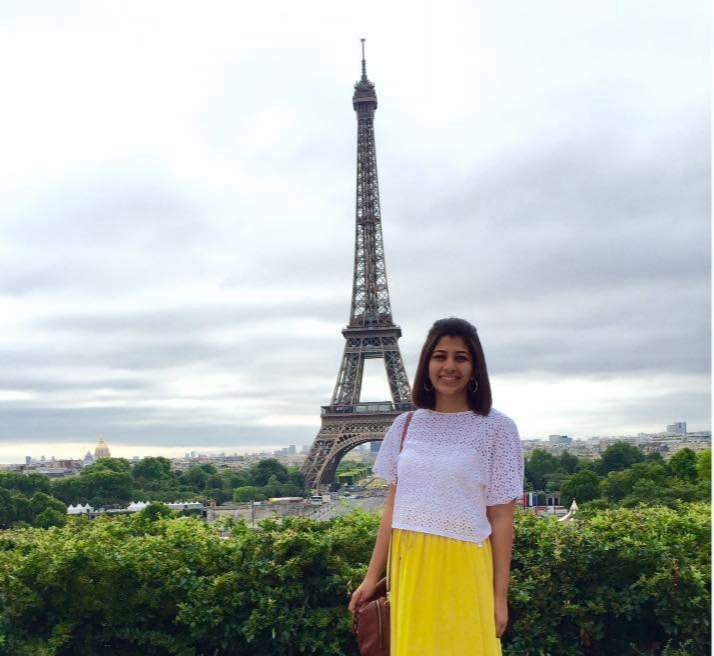 The only first-year undergraduate student researcher for the UN Special Rapporteur for Extreme Poverty and Human Rights from Jindal Global Law School (JGLS) becomes an accomplished corporate lawyer in a short period. While living the corporate dream, she continues to facilitate academic discussions with international scholars. Her passion for socio-economic development then leads to the brand Clasilks Designers, which offers a platform to local women artisans from economically challenged backgrounds to showcase their skills. To scale up her social enterprise, she is now intent on pursuing her MBA in the US. That’s Merin Peter – versatile, dynamic, driven, and prolific!

As the recipient of the Savitri Jindal Scholarship, her ascent began on a high note. At JGLS, Merin kept stacking up achievements to keep building on that platform. Sample this:

From organizing workshops on gender-related issues to assisting her illustrious faculty members, Merin grabbed every opportunity on campus to prove her mettle and enhance her skills. “Access to some of the best thinkers from across the globe as faculty members was a huge advantage. I was constantly mentored and guided by them at every step,” she shares. She made the most of that opportunity. At JGLS, she was an undergraduate research assistant to Professor Khagesh Gautam, and teaching assistant to Professor James Nedumpara. The experience she gained working with them and the belief system she developed at JGU later shaped many of her decisions as she started her career with a corporate legal giant.

Her role as an intern with Shardul Amarchand Mangaldas & Co (SAM) took Merin to Mumbai. Working for one of India’s leading international disputes team and the general corporate practice group saw her engaging with global investors. The firm’s partner, Mr. Rishab Gupta, an esteemed Rhodes scholar mentored her along with Mr. Mithun V, an equity partner at SAM. Diverse professional engagements, including appearing at the London Court of International Arbitration to representing a multi-billion-dollar investor in a bilateral investment treaty dispute against the Republic of Macedonia, enabled her to scale dizzying heights of success in a short time. But even on the rapid rise to legal ‘stardom’, her interest in academic discussions never took a backseat.

Merin says, “the network and the global interactive learning space at JGU enabled her to explore many areas of interest”. She created that space in her professional life too, as she became a member of Young International Arbitration Group (YIAG) of the London Court of International Arbitration (LCIA), Young Mumbai Centre for International Arbitration (MCIA), and HK45 of the Hong Kong International Arbitration Centre (HKIAC), among others. While in Mumbai, she also spearheaded initiatives like Q&A sessions at the YAIG event in the city. Ms. Judith Gill QC (President of the LCIA Court), Dr. Jacomijn van Haersolte-van Hof (the LCIA Director General), and Ms. Sherina Petit (Partner and Head of India Practice, Norton Rose LLP) were among the leading scholars who participated in these discussions.

Merin was an Associate with SAM when she decided to give up the corporate dream. She established textile-based enterprise Clasilks Designers in Kerala. It was set up to empower local women artisans from economically challenged backgrounds through mentorship. It aims to give them an e-commerce platform to promote their work.

The founder is also hands-on as a digital marketing trainee with the company, among the other roles she plays. She has recently appeared for GRE to pursue an MBA in the US with the larger goal of gaining expertise to launch her own ethically conscious Indian textile-based clothing line in the future. The voracious learner with a deep interest in academic pursuits and passion for socio-economic development keeps making her way. And, it’s leading her to the top.