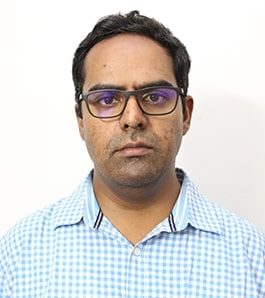 Mr. Benjamin has over 13 years of experience in criminal litigation having handled cases before the Supreme Court of India, the Delhi High Court, and the Trial Courts across India. After graduating from Symbiosis Law School, Pune in 2007 (the first batch of the Symbiosis International (Deemed University), Mr. Simon Benjamin joined the Chambers of Mr. Sidharth Luthra, Senior Advocate & Former Additional Solicitor General of India, and thereafter the Chambers of Mr. Siddharth Aggarwal, Advocate. He has been empaneled with Sessions Court, New Delhi District doing criminal trials for 4 years and is currently empaneled with the Delhi High Court Legal Services Committee handling criminal appellate work since 2018.

Apart from litigation, he also does policy work and one of his published policy research work is regarding the law and policy governing custodial decision-making in India titled ‘Pre-trial detention and its over-use – evidence from ten countries’, published by Institute for Crime & Justice Policy Research, Birkbeck, University of London.

Mr. Benjamin’s contribution towards pro bono work for the rights of women was recognized by the Navoothan Charitable Foundation, India where he was felicitated with an award by Justice Ranjana Desai, former Supreme Court Judge, in 2016. He was also awarded a Certificate of Recognition for providing legal support to religious minorities by the Alliance Defending Freedom, India in 2016.