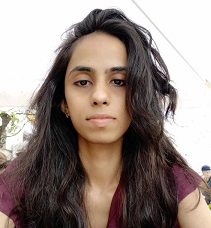 Shilpa graduated with B.Sc. LL.B. (Hons.) from Gujarat National Law University in 2017. During her undergraduate studies, she received the Best Student Researcher Award at Gujarat National Law University. She was the recipient of the DAAD scholarship, with which she pursued her LL.M. in EU law at Europa Kolleg, University of Hamburg. At the end of her graduate studies, her thesis titled ‘Establishment of Investment Court System under CETA and EU-Vietnam FTA and its compatibility with EU law’ was awarded as ‘Best Thesis’, and was published and included as a study module.

During her tenure at Hamburg, she undertook internships at Allen & Overy and at the District Court of Hamburg as a Trainee Lawyer. She has also worked as a competition lawyer for a year in India and is currently enrolled at the Bar Council of Delhi. She worked in various cartel cases and represented Indian companies before the Competition Commission of India. She has worked in prominent cartel cases such as the Cement cartel in India and the Truck cartel at Allen & Overy. She also worked for pro bono environmental matters and represented individuals before National Green Tribunal. She is currently involved in a research group working in Blockchain at Utrecht University, Netherlands.

Her research work focuses on jurisdictions such as the EU and India and in the field of competition law, investment and trade law, and technology law.