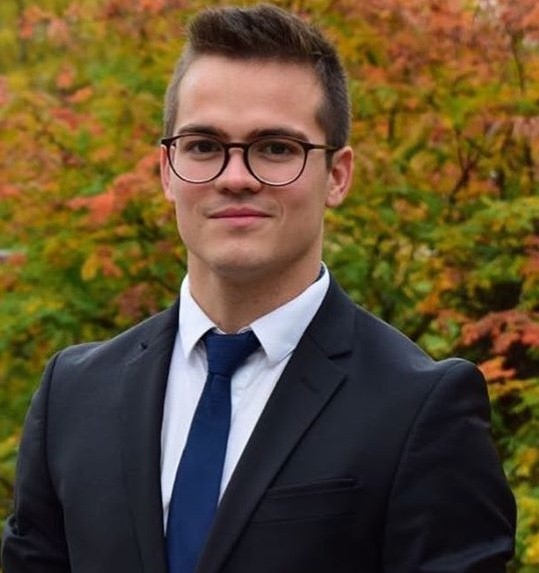 Having acquired knowledge in both Civil law and Common law as well as in International law, he decided to specialize in International Dispute Resolution and enrolled for the LL.M. in International Commercial Arbitration Law (ICAL) from Stockholm University where he attended many events at the Arbitration Institute of the SCC. He recently wrote a master thesis related to emergency arbitration.

Maxime has experience in mooting. He was the Oralist on the Procedure for Stockholm University team during the 26th Willem C. Vis Moot in Vienna where they reached the Top Round 16 out of 372 participating teams. During the competition, they have also been awarded Honorable Mention for the best Claimant memorandum. To prepare for the competition, the Stockholm team participated in Pre-Moots in Bucharest, London, Munich and Stockholm.

Maxime was also pleader in the Stockholm (French) team for the 14th Concours d’Arbitrage International de Paris (Paris International Arbitration Moot) where they reached to final and received the price of the best written memorandum.

Beside his studies, Maxime interned top law firms. He practiced Corporate law at PwC as legal intern, and Banking & Financial litigation in a French boutique in Paris. He was lately involved with an English Solicitor in an international construction dispute before an ICC arbitral tribunal in Paris. Recently, he interned for 6 months the international litigation practice of the Paris office of the international law firm DLA Piper LLP, where he was involved in major national and international commercial disputes, corporate disputes and tort liability related to aeronautical incidents and defective products.