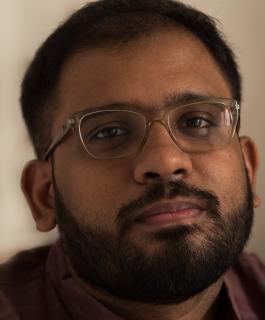 Prof. Sannoy Das is an Assistant Professor, Jindal Global Law School. He is presently also an SJD candidate at Harvard Law School, from where he read his masters. Earlier, he graduated with a B.Sc. LL.B. (Hons.) from National Law University, Jodhpur, where he was awarded the Vice Chancellor’s Gold Medal for the best overall student of the graduating class. During his masters, he has been awarded the Salzburg Cutler Fellowship and the Summer Academic Fellowship by the Harvard Law School for his research work. Sannoy practiced as an independent counsel years at the High Court at Calcutta, India, and has argued and assisted with several cases on a wide spectrum of issues in civil, commercial and constitutional laws. While his research interests lie in law and political economy, law and history, international law, and legal theory, he is simultaneously interested in teaching subjects related to the practice in India. He has also taught as a guest lecturer at the National Law University, Jodhpur.

When not worrying about the law, Sannoy spends his time with English literature, Hindustani and Carnatic classical forms of music, and badminton.