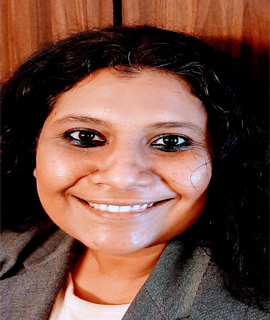 Beyond her academic work, Rashmi is an accomplished Bharatanatyam dancer. She has performed on numerous occasions in India and abroad and enjoys choreographing and inventing new Bharatnatyam pieces in her free time.