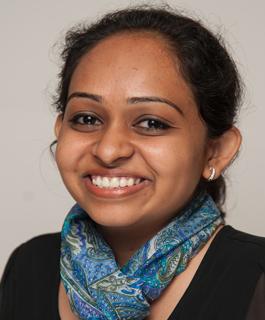 Ashrita Prasad Kotha is Assistant Professor and Assistant Director, Centre for Comparative and International Taxation at Jindal Global Law School. Ashrita is currently on leave for pursuing her PhD at Vienna University of Economics and Business (WU), Vienna.

Ashrita has taught undergraduate courses on Taxation Laws, Property Law, Law of Contracts and Alternate Dispute Resolution. She was the faculty co-ordinator for the Jindal Oxford Summer School between 2015 and 2017.

She has been working extensively on hypothecated / earmarked taxes and has presented her research at the Eighth History of Tax Law Conference in University of Cambridge, National Institute for Public Finance and Policy and Centre for Budget Governance and Accountability. Given her expertise she was invited to be a part of a research team that submitted a policy brief to the Fifteenth Finance Commission titled ‘Concept, Practice and Reform: Cesses and Surcharges’.

She has been a non-resident expert with Vidhi Centre for Legal Policy. She was the recipient of the Abe Greenbaum Fellowship for 2018 by School of Taxation and Business Law, University of New South Wales, Sydney where she conducted research on arbitration and taxation and place of effective management. She was one of the awardees of a Research Excellence Award by the University in 2018.

She has completed her BCL from University of Oxford as a KC Mahindra Scholar. Ashrita has also worked as an Associate in the Mergers and Acquisitions practice of Luthra and Luthra Law Offices, New Delhi.

Her research interests lie in studying the interface between taxation law and constitutional law, fiscal federalism and international taxation from the perspective of developing countries.