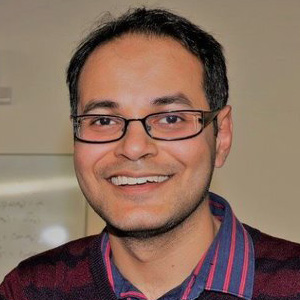 In their research, they show how everyday ethical negotiations inspired by transnational Islamic feminist epistemologies and activist practices as well as local legal cultures of engaging the law and the everyday state shape meanings and practices of Muslim minority activism. They also show how global discourses of Islamism, Islamophobia, and Islamic reformism can be explored in the everyday life of the law using a feminist and postcolonial lens. Dutta’s research and pedagogy is invested in decolonising the disciplines of Political Science and International Studies as well as the law using feminist epistemologies and grounded theorising that builds upon ethnographic research.

This research has been supported by several prestigious scholarships and grants including the Gates Cambridge doctoral scholarship award, Smuts Commonwealth award, and the American Political Science Association travel grant. This research has appeared in prominent journals in the field of gender studies and socio-legal studies such as Feminist Theory, Law and Social Inquiry, and Ethnicities. Dutta’s other strand of research concerns critical counterterrorism studies, populism, and everyday securitisation. They are working towards a collaborative research project to study the relationship between counterterrorism practices and colonial legacies of emergency politics in a comparative perspective along with collaborators at Leiden University. They were recently awarded a seed grant by Leiden University and the Hague University of Applied Social Sciences for this project.