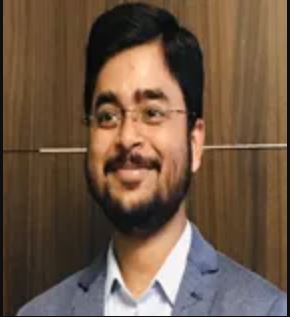 Aqa Raza completed his B.A. LL.B. (Hons.) and LL.M. from the Faculty of Law, Aligarh Muslim University, Aligarh (AMU). He was awarded Gold Medal by AMU for securing first position in the order of merit in the LL.M. examination. He submitted his LL.M. Dissertation on the topic “Labour-Desert and/or Utilitarian Underpinning(s) of Intellectual Property: Approach of the Supreme Court of India”. He was awarded the AMU Merit Scholarship in B.A. LL.B. (Hons.) and LL.M. He was also the Vice President of the Law Society, Faculty of Law, AMU and Editor-in-Chief of the Aligarh Law Society Review.

Before joining Jindal Global Law School, he worked as Assistant Professor of Law at Amity University, Chhattisgarh and Jagran Lakecity University, Bhopal. He has a teaching and research experience of more than three years. He has published twenty research papers in reputed journals and some of his papers have been cited by foreign and Indian scholars. He also contributed a chapter in a book. Six students have submitted their UG Dissertations under his guidance. He has participated in the International Residential Exchange Program at Kathmandu School of Law, Nepal in 2017. He is a member of Editorial and Advisory Board of several law journals of international and national repute. He is the founding Editor-in-Chief of Ab-Initio Journal of Law and Policy. He was a member of IQAC and Board of Studies of Amity University Chhattisgarh. He has worked on the project “Enabling Resident Welfare Associations (RWA) for Improving Quality of Life” undertaken by the Centre for Urban Governance, Atal Bihari Vajpayee Institute of Good Governance and Policy Analysis, Bhopal and also prepared the draft of “RWA Policy for the State of Madhya Pradesh, 2020”. He has also worked on several policy matters, prepared draft policy documents and submitted a proposal to the Government of Madhya Pradesh for making certain amendments in statutes relating to urban development.