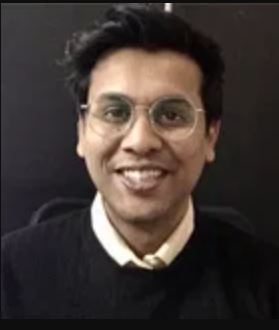 Aj holds an LL.M in International Legal Studies and International Human Rights from the School of Oriental and African Studies, University of London. He graduated from RML National Law University, Lucknow with a B.A.LL.B. (Hons.) in 2016.

Prior to JGLS, Aj has worked at the Centre for Law & Policy Research in Bangalore where he worked as a Research Associate on issues relating to gender, trans and queer rights, disability, caste, and intersectionality. On behalf of the organization, he also co-taught a value-added course called Introducing Intersectionality on intersectional approaches to understanding discrimination and the law at Symbiosis Law School, Hyderabad.

During his undergraduate studies, Aj was part of the team that won the World Rounds of the 7th Leiden International Air Law Moot Court Competition 2016, held at Jakarta, Indonesia. He was also adjudged Best Speaker at the competition.

Aside from academia, Aj is particularly interested in literature and music.