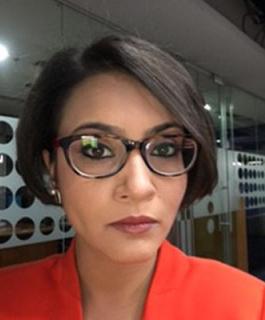 Prof.  Kajori Sen is an Associate Professor & Assistant Dean (Career Development). Kajori Sen has been a news anchor and reporter for a decade. Starting her career with NDTV Profit as an Output Editor, she moved to the main news channel shortly thereafter, covering key beats like Civil Aviation, Tech and Auto. She also anchored the Breakfast News on NDTV 24/7. In 2011 she moved to England as NDTVs Foreign Correspondent and reported on key international issues including the News of the World scandal and the London Riots. She also worked for CNN-News18 as Associate Business Editor, reporting on macro-economic political issues and anchoring prime time shows.

She is now an Associate Professor & Assistant Dean with Jindal Global University in the School of Journalism and Communication and is writing her first novel as well.