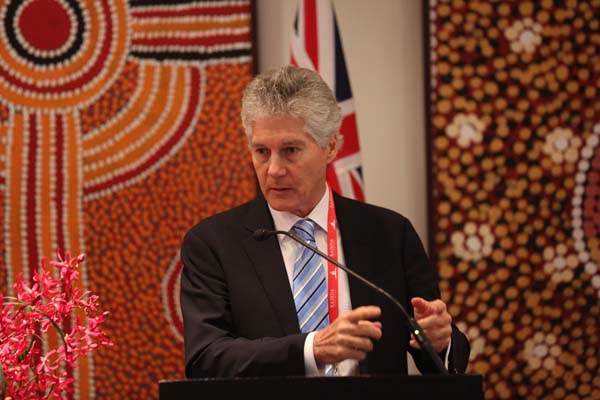 
On 16 January 2020, Professor Stephen Smith, Former Minister for Defense and Minister for Foreign Affairs, Australia delivered a distinguished lecture on “India, Indonesia & Australia: Overview of Australian Foreign Policy in the Region” at the Australian High Commission, New Delhi, as part of the India Immersion Programme. Giving practical examples from his experience as a Minister, Professor Smith described examples of strategic policymaking between the two countries. He also spoke in depth about Australia’s foreign policy towards Indonesia and India during his government and noted the importance of these two countries in the Indo-Pacific region.