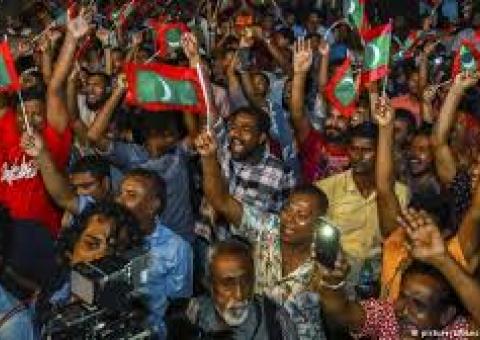 The citizens of all countries unquestionably ought to accept and follow the judgements of the Supreme Court of their country. This is the fundamental essence of not only separation of powers but also democracy itself. If, in any country the orders of the Supreme Court are not followed then the general consensus of the intelligentsia of the society may point towards the wrongdoing of that particular individual. This brings us to the ongoing situation in the Maldives where the circumstances compel us to doubt both on the president Yameen and the credibility of the character of the judges of the Supreme Court. A decision from the judiciary will be followed unquestioned if and only the judiciary is independent.

Let us take into consideration the overturned decision of the judiciary to release the political prisoners. It is important to ask why were they convicted in the first place, and on what grounds? And if there were serious charges of conviction then, why are they now being released? Also, after couple of days three of the same judges revoked their judgement of releasing political prisoners. Furthermore, in a recent ruling the judges of the Supreme Court decided to suspend the judicial watchdog i.e. Judicial Commission Services (JCS). This means there exist no authority that can investigate the Supreme Court. The above-mentioned ruling was eliminated before the ruling to release political prisoners. This indicates to the poor, biased, and politically motivated judgements of the judiciary in the Maldives.

It is not fair to put allegation on the reputation of a democratic institution like the Supreme Court. But, the reputation comes under scrutiny when top judges are loyal to political masters, found corrupt and meddling in activities of terrorism, money laundering etc. The character of the judges Hassan Saeed, Judicial Administrator, Ali Hameed and the Chief Abdulla Saeed can be perceived ignoble to their profession and it is paramount that an independent body investigates them heavenly.

Until the political situation does not comes to standby, it is recommended that international community should carefully appoint an honourable foreign bench of judges and transfer the authority of Supreme court in their hands. At least, this would ensure that the respect and faith in the institution is upheld. It is also important that people of Maldives constructively work to keep democracy and democratic ideals. Having carried out elections in 2009, there is no point reverting to autocratic rule in 21st century.  There is a call for international community to put pressure on the president Yameen to respect the constitution and carry out his actions within the rule of law. It would be highly demeaning for all to just watch how India and China play against each other in the Indian Ocean archipelago to achieve their own strategic objectives.

One thought on “Maldives Amidst Political Crisis”