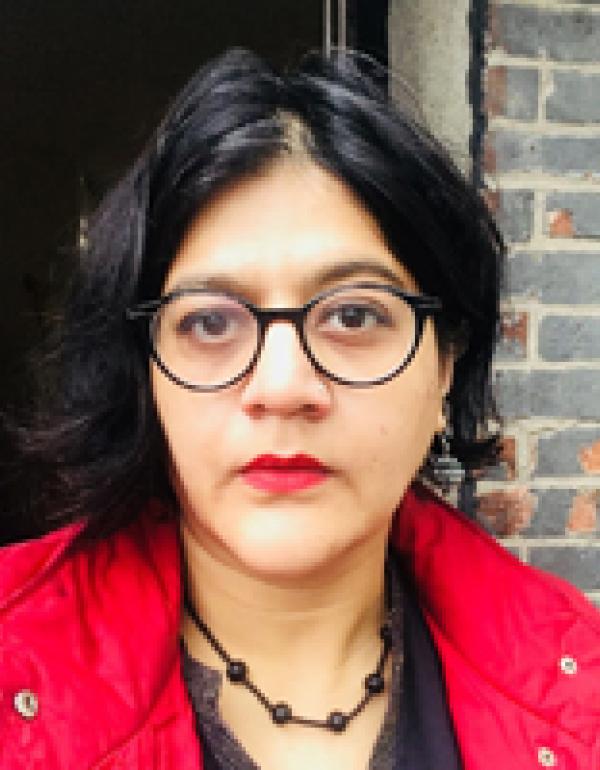 Sarover “bombaywalee' Zaidi Studied philosophy at St. Stephen's College and Sociology and Social Anthropology at the Delhi School of Economics, Delhi and at the Max Planck Institute for the Study of Religious and Ethnic Diversity, Germany. Besides this, she has lived in a Buddhist nunnery, worked on poverty, health and hunger death issues across Bihar, Jharkhand and Chhattisgarh, learnt how to center a clay pot, obsessively collected iconography and images in Islam and Hinduism, taught medical doctors the poetics and politics of life, and ran courses of social anthropology for artists, photographers architects, and monks. She runs an interdisciplinary forum 'Elementary forms and the city', which attempts to mess disciplines up from the inside. She is working on her book on religion and architecture, and in her other time she is painting, reading Freemason manuals, trying to be a yoga teacher, or doing vicarious people watching in public parks of Delhi. For her the search and wearing of red jackets is critically important

Contributor and core member of https://chiraghdilli.wordpress.com, a website exploring ways of writing the city, 2017 onwards.

Conceptualizer, and curator of Elementary Forms, an interdisciplinary forum on art, architecture and anthropology, 2016 onwards

2016 – onwards - Conceptualizer, and curator of Elementary Forms, an interdisciplinary forum on art, architecture and anthropology

2017 - Contributor and core member of https://chiraghdilli.wordpress.com, a blog exploring ways of writing the city

2015-2016 - INTACH fellow Research Fellow – INTACH Fellowship for ‘Documentation of Islamic Iconography in India, with a focus on metalwork in Shi’a Iconography