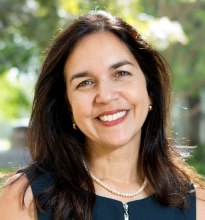 Lisa Singh was elected as a Tasmanian Labor Senator in 2010, following in the political footsteps of her grandfather Ram Jati Singh, a member of the Fijian Parliament in the 1960s. She was re-elected in July 2016, after receiving more than 20,000 below-the-line votes – an unprecedented and record-breaking result.

Lisa is considered the first woman of South Asian descent to be elected to the Australian Parliament.

In October 2013, she was made Shadow Parliamentary Secretary to the Shadow Attorney General by Bill Shorten, the Leader of the Opposition. She was promoted to Shadow Parliamentary Secretary for Environment, Climate Change and Water in June last year ending July 2016. She was re-elected to the Senate for a second term in the recent federal election.

Lisa is committed to developing and strengthening ties between India and Australia. She participated in the Lowy Institute’s Australia-India Roundtable in 2012 and 2014. Also in 2012 she cooperated with Dr Andrew Leigh to facilitate the Gillard Labor Government’s engagement in the Australia in the Asian Century White Paper. She has visited India several times to meet representatives on issues including foreign affairs, aid and development, environment, energy, women, and workplace health and safety. In 2014, the President of India awarded her a Pravasi Bharatiya Samman award for her exceptional and meritorious public service as a person of Indian heritage in fostering friendly relations between India and Australia.

In 2016 Senator Singh was appointed as a Member of the International Board of Advisors for the Centre for India Australia Studies (CIAS) at O.P. Jindal Global University.

Prior to being elected to the Australian Senate, Lisa served in the Tasmanian Parliament as a Labor Member for Denison from 2006 to 2010 and was a Minister in the Tasmanian Labor Government from 2008. She holds a Bachelor of Arts with Honours, a Masters of International Relations and was ‘Hobart Citizen of the Year’ in 2004.