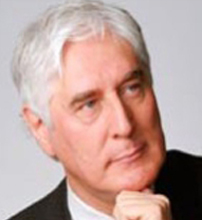 At Melbourne University, Charles Sampford graduated at the top of his class in each of politics, philosophy and law before combining those disciplines in his Oxford DPhil. He was invited to return to Melbourne University in 1983 as a Lecturer and then Senior Lecturer before moving to the Philosophy Department in 1990 to establish the Centre for Philosophy and Public Issues where he was Acting then Deputy Director and Principal Research Fellow. However, his earlier writings on reforming the Law Curriculum in response to the Pearce Report led to his invitation to come to Queensland as Foundation Dean of Law at Griffith University, starting in March 1991. The Griffith Curriculum which combined theoretical, contextual and skills in mutually reinforcing ways was hailed by Sir Ninian Stephen as a ‘revolution in legal education’ which was widely praised and much copied. In 2011 it was the youngest law school to secure a ‘4’ in the ERA and the Griffith Law Review which he established was the newest A* law journal. He led the 1998 bid for the Key Centre for Ethics, Law, Justice and Governance (the only Australian centre in law or governance to receive centre funding from the Australian Research Council) and was its Foundation Director for six years. In September 2004, he became the Director of the Institute for Ethics, Governance and Law, a joint initiative with the United Nations University, Griffith, QUT, ANU, OP Jindal Global University in Delhi and the Center for Asian Integrity in Manila. At the same time he took on the role of Convenor of the Australian Research Council funded Governance Research Network. Foreign fellowships include the Visiting Senior Research Fellow at St John's College Oxford (1997) and a Senior Fulbright Award to Harvard University (2000). Professor Sampford has written 110 articles and chapters and has completed twenty five books and edited collections. He has also won over fifteen million dollars in grants, consultancies and awards for research work he has led. In June 2008, his work was recognized by the ARC who invited the 20 researchers they thought had most clearly ‘made a difference’ to the Graeme Clarke Outcomes Forum held at Parliament House Canberra. Prof Sampford was one of only four researchers invited from the humanities and social sciences. Prof Sampford is also a Barrister with a limited practice in constitutional and governance advice.

Professor Sampford has been consulted by business, government, and various Parliaments – including Queensland’s PEARC and the Members Ethics and Privileges committee, numerous Federal ‘portfolio’ committees and the Lord Chancellor’s Committee on Legal Education. He was heavily involved in the Queensland governance reforms and was the first person consulted by the Nolan Committee on Standards in Public Life (UK) after which Lord Nolan became something of a proselytizer of the EARC reforms as an ‘ethics regime’ (Sampford’s term) which the OECD renamed an ‘ethics infrastructure’. This led to work with Transparency International (who preferred the term ‘national integrity system’), the World Bank, APEC and ADB. He He was the principal legal advisor to the Queensland Scrutiny of Legislation Committee from its inception in 1995 to 2002. In 2002-3, he was a member of a task force on responding to threats to democracy co-chaired by Madeleine Albright. In 2003-4, he led a Soros funded series of dialogues on governance values involving western and Islamic scholars. In 2009, he was a member of the Queensland Premier’s integrity roundtable and chaired most of the community consultations around the state and was invited to join the Australian Parliamentary Integrity Awards committee which issued the Button and Missen awards for the first time in June 2010. He was subsequently invited to join the Accountability Round Table.

His work on the rule of law includes Retrospectivity and The Rule of Law (OUP, Oxford 2006) and numerous speeches, essays and articles dating back to 1988. His work on the international rule of law commenced in 1999 with the closing keynote at World Congress of Legal and Social Philosophy held in the World Trade Centre. He has led major projects and written extensively on the Ethics of Intervention and Reconceiving Sovereignty. He is currently leading a project on Building the Rule of Law in International Affairs with Profs Ramesh Thakur and Simon Chesterman and was on an ILA Task Force drafting a code of conduct for lawyers appearing before international tribunals.

His work on climate change goes back to a keynote at the World Council of Churches colloquium on carbon trading in 2000 and has continued with his arguments that we need to re-imagine ‘the good life’ in sustainable terms and back it up with institutional mechanisms (including a ‘carbon added tax’) to support the process and the low carbon industries that will support it.

His work on corporate governance has always highlighted the variety of disciplines that can contribute (law, ethics, politics and economics) from an analysis of the ethical meltdowns of the late 1980s to the Global Financial Crisis where he has delivered major papers in the EU parliament and the UN as well as a keynote at a conference to celebrate the 250th anniversary of the publication of Adam Smith’s ‘Theory of Moral Sentiments’). He has recently delivered two invited keynotes on the professionalization of banking, finance and economics – the first at a largely academic conference, the second at an annual CPA conference.