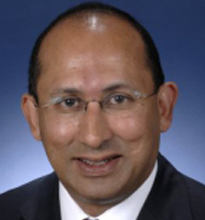 Mr Varghese took up his position as the fourteenth Chancellor at The University of Queensland on 11 July 2016.

In 1996-97, Mr Varghese headed up the secretariat which drafted Australia’s first White Paper on foreign and trade policy.

Mr Varghese was appointed an Officer in the Order of Australia (AO) in 2010 for distinguished service to public administration, particularly in leading reform in the Australian intelligence community and as an adviser in the areas of foreign policy and international security. He was awarded a Doctor of Letters honoris causa by The University of Queensland in July 2013 in recognition of his distinguished service to diplomacy and Australian public service.

Mr Varghese is a graduate and university medalist in history from The University of Queensland. He is married to Margaret Varghese. They have one adult son and a grandson.