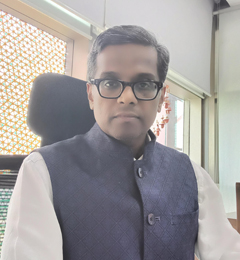 Professor Sreejith is the winner of AAAF Brun Award and Medal instituted by the Association Aeronautique ET Astronautique De France. He has been awarded the “CIMO Fellowship” of the Government of Finland (2004) and the research grants of “Ella and Georg Ehnrooth Foundation” (2007), “Finnish Cultural Foundation” (2008), and “Finnish Lawyers’ Association (2009). His areas of interest are public international law, heterodox approaches to international legal thought, and air and space law. He is the Study Group Chair for Public International Law, International Association of Law Schools (IALS). He was also the CNISCO Overseas Visiting Fellow, at the Shanghai University of Political Science and Law.