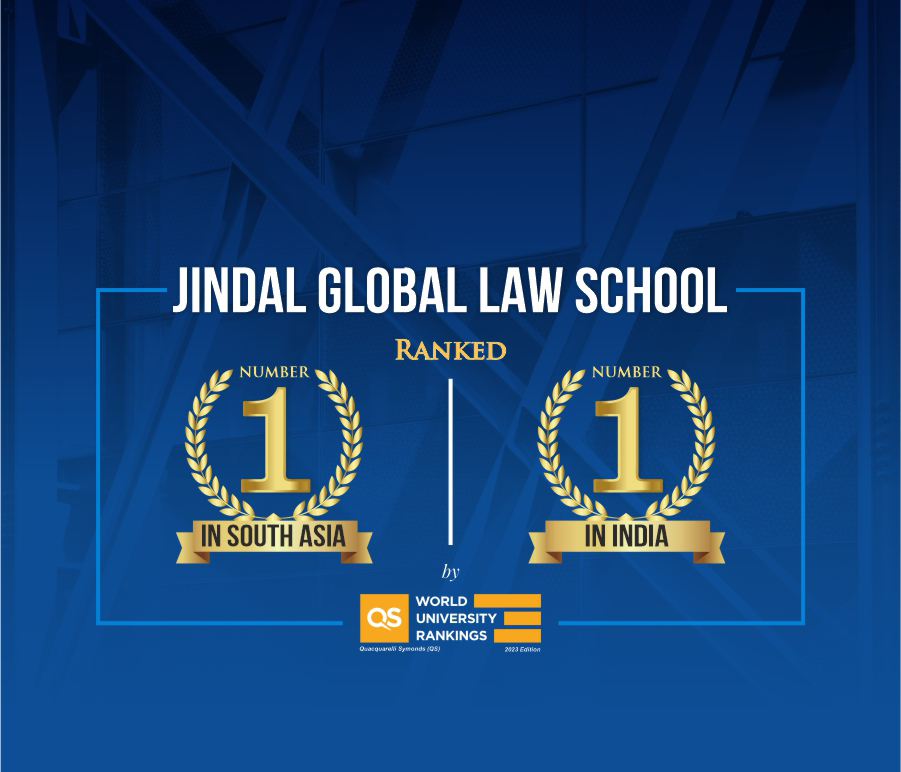 Prof. Aakanksha Kumar is an Associate Professor at JGLS and currently teaches elective courses on Comparative Celebrity Laws, Laws of IPR in International Trade and Recognition and Enforcement of Arbitral Awards, alongside instructing compulsory courses in Legal Methods and Alternative Dispute Resolution.

She earlier served as an Assistant Professor at the NALSAR University until June 2020, and has previously also served as an Assistant Professor at the Amity University Chhattisgarh from March 2018-Feb 2019 and at the National Law University, Jodhpur where she headed the Centre for Advanced Research and Training in Arbitration Law (CARTAL) and handled activities of the flagship journal – Indian Journal of Arbitration Law (IJAL). She is also currently working on completing her PhD dissertation in the area of celebrity personality rights and looking at defining the contours for a Right of Publicity regime in India.

She is an alumnus of the HNLU Raipur [2012] and secured 15 gold medals for stellar academic performance during undergraduate studies. She then graduated from the Faculty of Law, National University of Singapore, with specialized Masters in International and Comparative Law. At NUS, she completed the directed research dissertation titled “The Taking of Evidence in International Arbitration: A New Legal Regime”, supervised by Prof. Gary F. Bell. She has successfully completed the WIPO Singapore Summer School organized jointly by WIPO, IPA Singapore and IPOS in June 2013 and has worked under the tutelage of Prof. Irene Calboli as her summer research assistant on a project on sustainable development and economic value of Geographical Indications from May to July 2013. She has also worked on a research project from the NUS Law’s E W Barker Centre for Law and Business, on the UNCITRAL Model Arbitration Law adoption in Asia, as the India rapporteur with Mr. Harisankar K S. The same has been published in a conference volume book by Cambridge University Publications.

She continues to write in the areas of domestic and international arbitration, and nurtures a special interest in Intellectual Property Law; and also speaks as a guest faculty at CII and CREDAI Arbitration workshops and conferences, and conducts training workshops for police personnel on IP Infringement and piracy; as well as for HEIs on Prevention of Sexual Harassment at Workplace and the UGC Regulations on Prevention of Sexual Harassment at HEIs..

Award and Grants
The published Book Chapter titled – The 1985 Model Law and the 1996 Act: A Survey of the Indian Arbitration Landscape [co-authored with Harisankar K.S.] in THE UNCITRAL MODEL LAW AND ASIAN ARBITRATION LAWS: IMPLEMENTATION AND COMPARISONS (ed. Gary F. Bell, Cambridge University Press, 2018, pp. 29-68), was the result of the Conference on the UNCITRAL Model Law on International Commercial Arbitration in Asia: A research project of the E W Barker Centre for Law and Business at NUS Law School. The Final phase of the project was a presentation at NUS in May 2015, fully supported and funded by the EW Barker Center for Law and Business, NUS Law. Prof Harisankar K.S. and Aakanksha Kumar were selected as Country Specific Rapporteurs and Experts for this project
Courses Taught
Consultancy/Editorial Positions