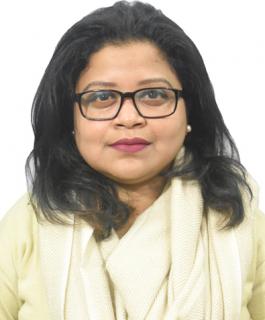 Dr. Priyadarshini Gupta got her PhD in English Literature from Ohio University in the United States. She works on the representation of political Islam in global post-9/11 literature. Her key research interests revolve on the ethics of Islamophobia, Neo-Orientalism, and Postcolonial studies. She has published in national and international journals such as South Asian Review and Muse India Journal. Her current projects focus on critically analyzing the nexus of terror, Islamic Caliphate, and Western Muslims in France and the United States.

Apart from scholarly interests, Dr Gupta also holds a robust editorial experience. She earned her editorial experiences from Folio Literary Management in New York and Anthem Press in London. She was also the co-founder and former managing editor of Parlour: A Journal of Literary Analysis, a graduate journal run by Ohio University from 2015-2017.