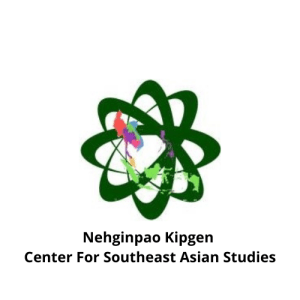 This Center for Southeast Asian Studies is named after an eminent scholar of Southeast Asian Studies, Professor Nehginpao Kipgen. Prof Kipgen was the founder of this Center in 2016, with the vision of making Southeast Asia a cornerstone of teaching and research at the Jindal School of International Affairs and beyond. The Center is carrying on Prof Kipgen’s legacy after his untimely demise in 2021 under a young and committed team led by Professor Mustafa Izzuddin, who was a good academic friend of the founder.

These countries share historical, political, economic, cultural and social ties, and all but East Timor are members of the regional bloc called the Association of Southeast Asian Nations (ASEAN). This regional bloc has undertaken several initiatives to integrate its members, including developing a single market that would ensure the free flow of goods, services, investment and skilled labor, and the free flow of capital.

The region is far from being homogeneous and encompasses different political institutions, diverse economic structures, and a variety of languages and cultures, including ethnicities and religions. Due to its geopolitics, geostrategic location and a fast-growing economy, the region has generated considerable interest from its neighboring countries in Asia and beyond Asia, including countries in the Western world.

The center envisions itself to be a dedicated central hub of Southeast Asian studies in India and the wider South Asian region, and a thought leader and opinion shaper in South Asia-Southeast Asia relations.

Mission
The center intends to bridge and interconnect Southeast Asia with the rest of the world through teaching, research, publication, partnerships, collaborations, cultural diplomacy, and people-to-people exchanges.

The Center seeks to:

Activities
The center engages in research, carries out teaching, puts out publications, conducts media interviews, organizes talks, and convenes panel discussions. The center also seeks to establish partnerships with other Southeast Asian centers, including in universities in Southeast Asia and around the world, and collaborate with them in research projects, organizing seminars, conferences and webinars, and people-to-people exchanges. The center also offers courses on Southeast Asia to undergraduate and postgraduate students. 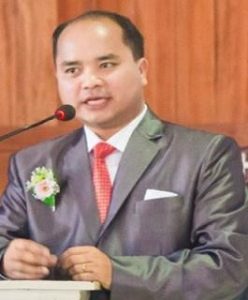 Prof. (Dr.) Nehginpao Kipgen (25.5.1978­–2.5.2021) was a Professor and Executive Director of the Center for Southeast Asian Studies (CSEAS) at the Jindal School of International Affairs, O.P.Jindal Global University. He was a renowned Political Scientist and thinker whose concentrations were in Comparative Politics and International Relations. His general teaching and research interests included Democratization, Global/World Politics, Ethnic Conflict and Identity Politics, Human Rights, Refugees, Maritime Disputes, International Organizations, and Government and Politics of Southeast Asia.

His scholarly work was focussed on Asia, with a specialization in Southeast Asia and Burma/Myanmar. He had presented papers and served as a chair and discussant in several international academic conferences, including International Political Science Association (IPSA) and International Studies Association (ISA). He was also a Board Member (RC18 – Asian and Pacific Studies) of IPSA. 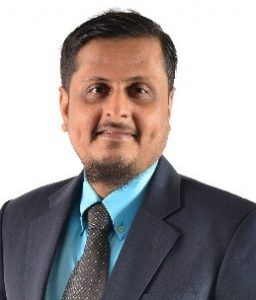 Dr Mustafa Izzuddin is Associate Professor and Executive Director of the Nehginpao Kipgen Center for Southeast Asian Studies at the Jindal School of International Affairs, O.P. Jindal Global University. Dr Mustafa also holds and has held adjunct and visiting teaching and research fellowships in Singapore, Malaysia, Indonesia, India, Pakistan, China, Morocco, United Kingdom, and the United States. He also serves as a Senior International Affairs Analyst at Solaris Strategies Singapore. Dr Mustafa has also been appointed as the first Singaporean to serve as an international or external expert in civilizational dialogue for the Center of Civilizational Dialogue at the Islamic World Educational, Scientific and Cultural Organization (ICESCO), which comes under the aegis of an international organization, the Organization of Islamic Cooperation (OIC). A Fulbright Scholar and a keen observer of Southeast Asian affairs for the past 15 years, Dr Mustafa received his PhD in International Relations from the London School of Economics and Political Science (LSE) after successfully completing his dissertation on a neoclassical realist interpretation of Malaysia-China relations.

Dr Mustafa has written more than 200 articles and commentaries, supervised, and mentored over 100 youths and students, and has spoken at more than 150 seminars and conferences. He has briefed and provided consultancy services to more than 50 institutions and organizations, including universities in South and Southeast Asia, places of worship such as mosques, government ministries, non-governmental organizations chiefly in the social service sector, private sector companies, and Diplomatic Corps. Dr Mustafa is an award-winning educator, having taught over 20 university courses in the past 10 years and provided educational leadership in curriculum development, especially in the field of culture and international relations. He is proficient in several languages spoken in the countries of Southeast Asia and South Asia.

Outside of academia, Dr Mustafa has served more than 25 years as a volunteer-leader with the Malay/Muslim community and the wider society. He also serves or has served on several management boards, including at Yayasan Mendaki, Muslim Kidney Action Association (MKAC) and the Malay Youth Literary Association (4PM), garnering a wealth of leadership experience in public relations, business management and raising funds. During the pandemic period, Dr Mustafa raised around US$450,000 to help the underprivileged in Singapore society. Since 2020, he has been inducted as a member of the Inter-Religious Organisation of Singapore and serves as an advisor to the National Youth Achievement Award Gold Award Holders’ Alumni of Singapore.

Dr Mustafa has received a number of local, regional and international awards for his voluntary leadership and community service, including the Junior Chamber International (JCI)’s Ten Outstanding Young Persons of the World 2019. A modest philanthropist, Dr Mustafa has donated several university prizes to Singapore, Indonesia, India and Pakistan so as to inspire graduating students to achieve academic excellence, give back to society and embrace regional or global citizenship in their respective countries of residence.

At both the academic and non-academic fronts in the past eight years, Dr Mustafa Izzuddin has been playing a pivotal role as an interlocutor in forging regional and global partnerships and international collaborations between universities, institutions, and non-governmental organizations.

Dr Mustafa Izzuddin can be contacted at mizzuddin@jgu.edu.in.

The following student prizes will be awarded on an annual basis:

This prize is awarded to the author of an outstanding doctoral dissertation in Southeast Asian studies, particularly in the area of comparative politics and international relations. Named in memory of a doyen of Southeast Asian Studies, this prize comes with a cash award and an official certificate.

This prize is awarded to an exceptional graduate of the Jindal School of International Affairs who had excelled in a course on Southeast Asia, and has embraced global citizenship regardless of nationality. Donated by the center’s executive director, this prize comes with a cash award and an official certificate.

This prize is awarded to the top student of the course on ‘Government, Politics and Foreign Policy of Southeast Asia’ at Jindal School of International Affairs. This prize comes with a certificate of achievement.

We would like to thank the following organizations or institutions which have supported or partnered us over the years. Without them, which we consider as our friends, NKCSEAS would not have made progress as an aspiring hub of Southeast Asian Studies in bringing South Asia and Southeast Asia closer together.

NKCSEAS is headed by an Executive Director, who leads a team of senior and junior researchers and editors. While the editors focus on publications, the researchers oversee clusters, namely Politics & Security, Indo-Pacific Studies, ASEAN Regionalism, Non-Traditional Security, Economics, and Culture & Society.

We have a rolling application for internships and fellowships without remuneration. If you are keen to be a part of the center, even if you are not physically present, please drop us an email at cseas@jgu.edu.in.

It would be our pleasure to add you to our mailing list. If you are amenable for us to put you on our mailing list, please drop us an email at cseas@jgu.edu.in with your name, organization (or as an individual) and preferred email address for this mailing list. You are welcome to unsubscribe at any time.

We are open for collaboration and forging partnerships to promulgate Southeast Asian studies globally, including in India and South Asia. Please contact the center’s Executive Director, Dr Mustafa Izzuddin at mizzuddin@jgu.edu.in or Harsh Mahaseth, Head of Outreach and Partnerships at hmahaseth@jgu.edu.in.