The Centre For A New South Asia (CNSA)

As an inheritor of venerable civilizations, South Asia has seen fluid political, economic, and cultural interaction in recent historical memory. Unfortunately, today, it is the least integrated of the world’s contiguous land masses, racked by interminable hostilities, poverty, religious extremism, low levels of people-to-people contact, and the threat of nuclear conflict. Even as these old challenges continue to simmer, new challenges in the form of climate change, the new economy, new entrants in South Asia and the new world order are fast emerging.

The Centre for a New South Asia seeks to mitigate the challenges of this region of great potential and immense risk by reviving that liberal and free exchange which formerly existed, and which is the foundation of peace and civilizational growth.. CNSA utilizes interdisciplinary research, debate, dialogue, performances, and ideas to advance this goal. 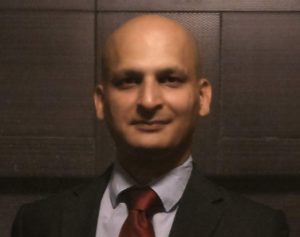 Prof. Khan is a Financial Risk Manager (FRM) certified by the Global association of Risk Professionals (GARP) New York. He has worked as a banker for several years in Dubai, both in corporate lending and risk management. He was also Senior Fellow: Foreign Policy, Economics and Finance at the India Research Group in Washington DC. His interests range over issues of Development, Foreign Policy and Economics. He has in the past written dissertations and papers on India’s manufacturing and Exports, Malaysian Capital Controls during the Asian Financial Crisis of 1997-98, on the Historical Rise of the West Vis-à-vis The Rest and on the Theory and Conduct of War in Islamic History. His particular areas of interest are historical global development trajectories, ethnic conflict, the influence of economic interests on foreign policy, the history of great power politics and conflicts during the 20th century and the gamut of India Pakistan issues – economic, cultural and political.

He believes classes should provide the minutiae of theory and concepts as well as historical depth and draw together the various disciplines in order to sketch the larger picture. Prof Khan is also interested in issues of judicial, legal and police reform for he believes these are core issues of not only human rights but also of economic development. He also has an avid interest in script writing.