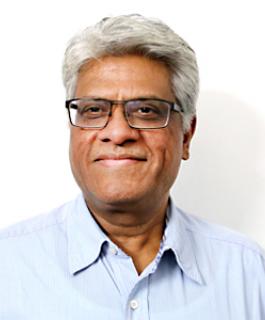 Prof. Sukumar Muralidharan was a print media journalist for over two decades. Since 2004 he has worked as a freelance journalist with no formal attachments to any media organisation. He has worked in areas of science and technology, economics and current political affairs. Since 2004, he has held a year-long visiting professorship at the Jamia Millia Islamia in Delhi and worked seven years as South Asia programme manager for the International Federation of Journalists. He has published research papers on the media industry, contemporary politics and worked in the area of conflict analysis, both domestic and global. As a fellow at the Indian Institute of Advanced Study (IIAS), he worked on the Indian planning experience and in particular on modes of theorising on ways that technology could be harnessed to developmental goals.