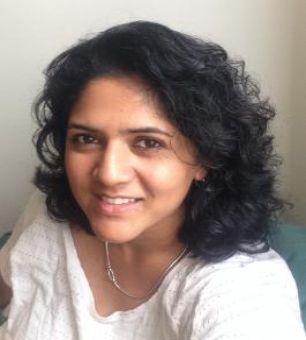 Dr. Kaveri Haritas is Associate Professor at the Jindal School of Government & Public Policy. She has a bachelor’s degree in law, a Masters and PhD. In Development Studies from the Graduate Institute of International and Development Studies, Geneva, Switzerland. She was funded by the Swiss National Science Foundation for her doctoral studies (CanDoc), which examines the struggles of poor women and men in a rehabilitation area in Bangalore. Her research focuses on the politics of the poor, the role that gender plays in everyday politics and struggles and the manner in which this shapes citizenship and the role of the state. After her doctoral research, she took part in an international research project on the solidarity economy practices of women in Latin America and India, supported by the Swiss Network of International Studies. In this research, she continued to work on women’s struggles for survival, examining a fisherwomen’s association in Udupi, Karnataka. With an education in development studies, she has a marked leaning towards anthropology, uses ethnography in her research and enjoys research and teaching in the areas of political and economic anthropology. Her recent research interrogates the future of work in a world of technological unemployment, examining the potential of technology to transform both the structures and meanings of work in the contemporary world. She has also been a north-south mobility fellow at the Institute for Research on Development, Paris.