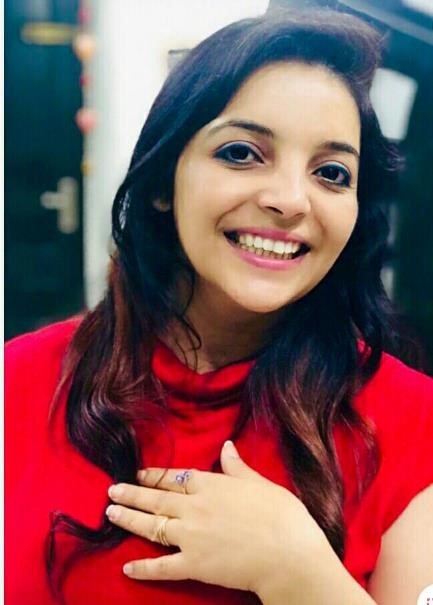 When suffragettes unfurled the banner of ‘Votes for Women’, they started a campaign that would inspire women all over the world. Although today women can vote, their representation in politics remains under par. Over a century after the movement, an Indian woman carried out a research project at Institute of Public Affairs (IPA) Poland, which became a part of their social campaign to boost women’s representation in politics. Subsequently, in 2018, local councils in Poland reported the highest turnout of women in politics. Jindal School of International Affairs (JSIA) alumna Rupinder Kaur Bhalla was invited to continue the research. She has also continued her work in gender equality with her NGO: her dream of ‘gender just humane society’ took flight with Udaan in Rudrapur, Uttarakhand. She is definitely writing ‘her-story’!

Rupinder was always passionate about effecting social change and promoting gender equality, which is why she quit her family business and appeared for the civil services examination. Though selected as Tehsildar for Uttarakhand state civil service, she decided to pursue  MA degree in Diplomacy, Law, and Business at JSIA. At O.P. Jindal Global University (JGU), she says, she could benefit from the interdisciplinary courses offered by different schools, especially by Jindal School of Government and Public Policy (JSGP). Her time at the university brought her many accolades, including being selected for the Open Society Global Internship on Rights and Governance (OSIRG). The project, funded by Soros Foundation, brought together students from seven universities including Harvard, Cambridge, and Oxford.

Her paper, ‘Political Empowerment of Women through Capacity Building of Elected Representatives at the Grassroots’ won her the fellowship that included the internship with IPA in Warsaw. Rupinder conducted research in local villages on capacity building measures adopted by various civil society organizations to increase women representation in politics. In Budapest, for a clinical seminar of the fellowship, she was mentored by Katryn Sikkink and Douglas Johnson from Harvard University. These experiences helped in her future work at the grassroots level. Later, the semester at the School of Public Policy and Environmental Affairs (SPEA), Indiana University shaped her Master’s thesis on ‘comparing the impact of international law and national policies on the political empowerment of women in India and Poland’.

It was not surprising that soon after Master’s, Rupinder was offered a job at the Polish Institute by the Polish Embassy in New Delhi. After working with the institute for a year, she decided to devote her time and energy to promote gender equality in India. She started her NGO Udaan. Interestingly, her JGU network came into the picture with Professor R. Sudarshan, Dean of JSGP, as Chief Patron, and Professor Jeremy Wade, Director of Jindal Centre for Social Innovation and Entrepreneurship, as Strategy Advisor of the project. Through Udaan she runs several programs in educational institutions on crucial issues including gender sensitization and education of the girl child. While working on ‘Project Saksham’ on the political empowerment of women, she received the Open Society Alumni grant to pursue an Executive Education Program at Harvard University.

The ‘Leadership, Organising, and Action (LOA): Leading Change’ program has been designed to empower young leaders, civic associations, advocacy groups, and social movements by teaching them how to organize communities, drive change through campaigning, and more. The District Administration of Udham Singh Nagar supported this program and 45 women leaders were trained to enhance their participation in development work. Later, Rupinder organized a similar program for Indian social change-makers and grassroots organization leaders. Through Professor Wade’s support, it became the Executive Education Program called ‘People Power Change (PPC) Program’. Women leaders from Harvard Kennedy Women Network India Chapter, where she is a core member, conducted a series of impactful workshops for participants.

Today, Rupinder is working closely with her LOA mentor Professor Marshall Ganz as a teaching assistant for the program. Last year, she was also elected as the President of the Open Society Alumni Executive Committee. Her journey, which began at JGU, has been marked by stunning milestones. ‘My favourite moments at JGU were those that inspired me to keep working towards my dream of having a gender just humane society,’ she says. Today that dream has only been strengthened with Udaan and a range of engagements.