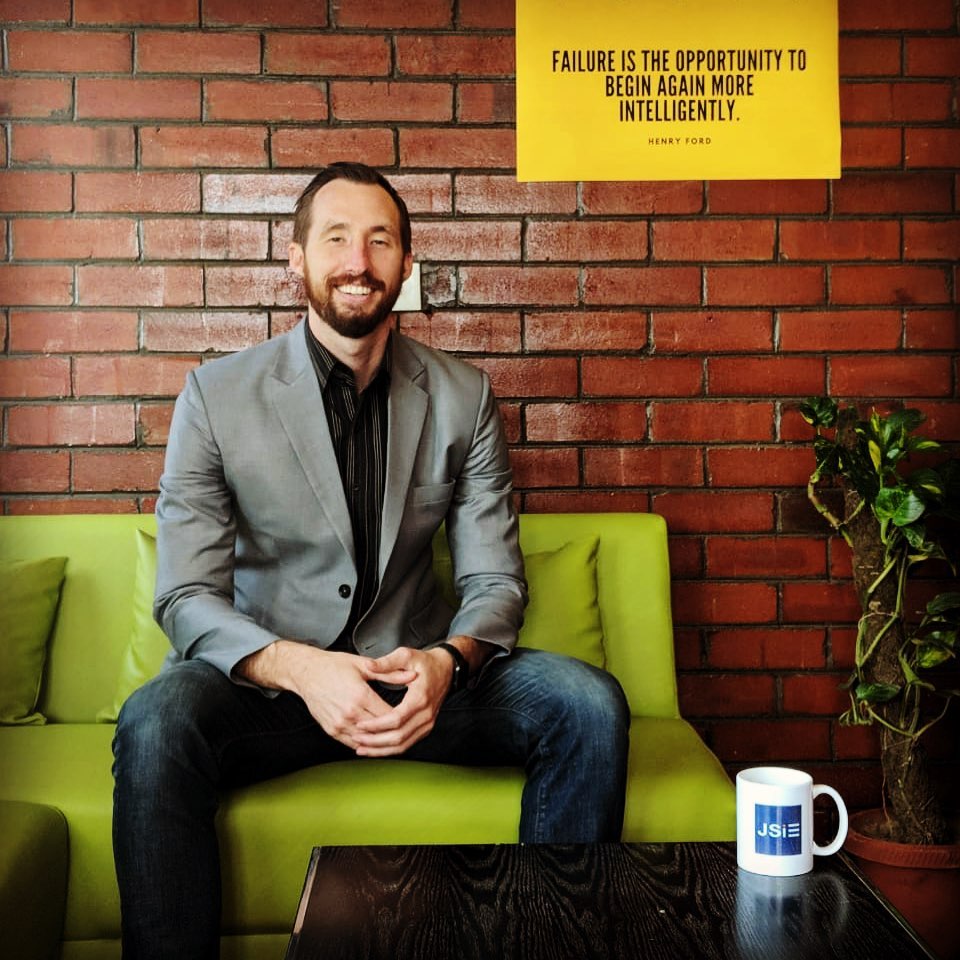 From a Student at JGU to Founding Director of JSiE, A Social Impact Centre Advancing Knowledge on Social Innovation and Entrepreneurship

A high school valedictorian becomes the creator of an online course that has enrolled more than 50,000+ students from over 159 countries to date. A US Department of Treasury professional supervising a portfolio of financial institutions in the aftermath of the global financial crisis begins to consider the impact of social innovation. It brings him to India, a testbed of social innovation, and more specifically, O.P. Jindal Global University, to pursue his MA thesis that explored the potential for social entrepreneurship to address 21st-century global challenges.

That, in a nutshell, is the whirlwind journey of Prof. Jeremy Wade, Founding Director of the Jindal Centre for Social Innovation + Entrepreneurship. But the story brings with it winds of change that have taken the world of academia by storm. The winds swept in from the West where he was recognized as the athlete of the year in 2003 in Ottawa County. BBA degree in Finance and Management from Pittsburg State University, followed by the Wall Street Journal Award for Academic Achievement in Finance in 2008.

It was the time Prof. Wade started his four-year stint with the US Department of Treasury. But the tides were turning. The global financial crisis had hit and through his work, he became increasingly aware of income inequalities and how it affected local communities. He remembers that it was then that he “began to think about how structural changes are needed for improvement of the capitalist system and how social entrepreneurship and impact investing could be part of the solution.” He moved to Delhi soon after and enrolled for his Masters at the school of international affairs at JGU.

According to Prof. Wade, “The future belongs to the youth, and the youth need to build the path ahead.” So it wasn’t surprising that right after completing his Master’s program, he proposed the creation of JSiE. Rooted in research, the center aims to spur inclusive economic growth and development in India and globally. In a short period, it has been responsible for such groundbreaking work that it was awarded for an innovative approach by the University of Oxford in 2017.

These are just some of the major accomplishments of the award-winning social impact center at JGU. As its Founding Director, Prof. Wade is effecting the change that he had hoped to bring when he came to India.