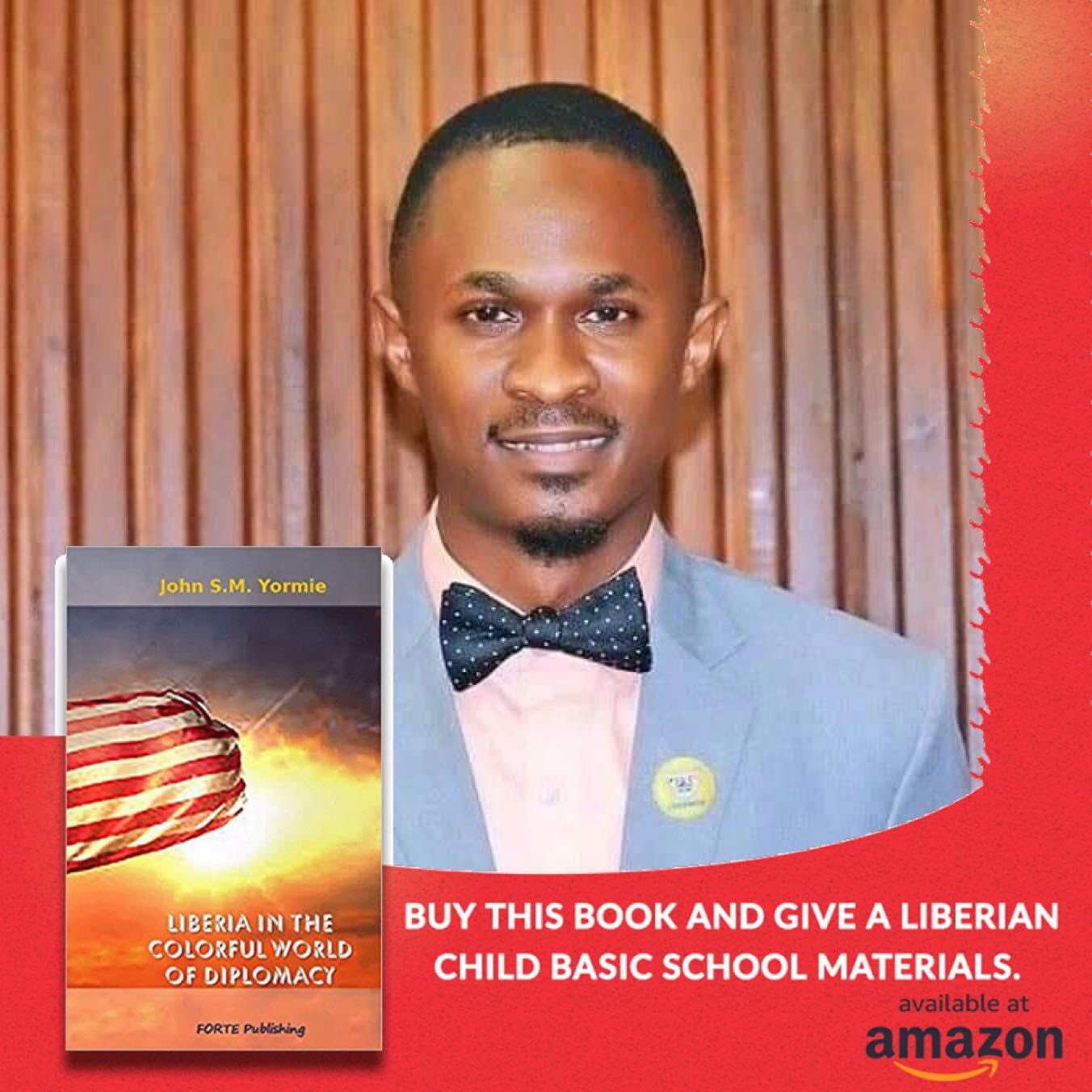 An emerging Liberian diplomat, researcher, lecturer and youth development personality, John S.M. Yormie Jr. wears many illustrious hats with much aplomb. A strong believer in his country’s strength as an international relations giant, he devoted himself to the field to bring Liberia under the global spotlight. The foundation was set with a B.A. in Sociology which he graduated with distinction from Cuttington University. In 2010-11 , he earned a Post- Graduate Diploma in Diplomacy and Contemporary International Relations from Gabriel L. Dennis Foreign Service Institute, Ministry of Foreign Affairs. But John’s journey into the world of international relations truly began when he came to India. His path led him to O.P. Jindal Global University (JGU) where he signed up for an M.A. in Diplomacy, Law and Business at the Jindal School of International Affairs (JSIA). As a Coordinator and Officer-in-Charge of Liberia’s Premier Institute for Diplomatic Training at the Foreign Service Institute, Ministry of Foreign Affairs of Liberia, he has received recognition for his exemplary work. Author of a book that celebrates Liberia’s place in the world of democracy, the student of Class of 2015 has made big strides in his mission for his home country.

John felt immensely welcomed in the ethnically diverse campus of JGU. He likes to think of it as real-life exposure to managing global relations in some ways. Rightly so! The perks of a global university are many, and perhaps the most vivid is the vibrance of global exposure—be it the curriculum, infrastructure, faculty or friends from the world over. “Attending JGU was a major upward mobility move for me. From the amazing faculty to state-of-the-art facilities and the hospitality; learning at JGU was remarkable,” he adds with a smile. It was here that not only did he hone his interests in Human Security, Gender Sensitivity, Corporate Social Responsibility, and passion to drive empirical approaches toward youth development but that he found the right partner to pursue those goals alongside. Together with his fellow JSIA graduate P. Samuel Goweh, John established the Liberia Research and Development Networks (LRDN). The duo went on to do big things.

Through the NGO focused on research themes and capacity-building for the youth, John investigates mining companies’ impact on host communities. They have already identified key gaps in service delivery in those areas which include no high schools and lack health facilities. On the academic front, John went on to gain a Post Graduate Diploma in Diplomacy and Contemporary International Relations from the Gabriel L. Dennis Foreign Service Institute of the Ministry of Foreign Affairs of the Republic of Liberia. He became a lecturer in the Political Science Department of the African Methodist Episcopal University at Monrovia, Liberia. Meanwhile, John also served as the lead researcher for the news magazine of the Liberian National Archives titled ‘Liberia and the United Nations: A Long Journey of Partnership’.

Last year, John published his first book, ‘Liberia in the Colorful World of Diplomacy’. It explores Liberia’s diplomatic history, its mark on organisations like League of Nations, UN, OAU/AU, and its overall role in promoting democracy across Africa. The novice author’s first work is a passionate portrayal of his belief, and it was clearly well-received. Besides his investigative and research work, John has been actively involved in diplomatic services. Mr. H. E. Milton G. Findley, Minister of Foreign Affairs, Liberia noted his contributions for facilitating two major protocol trainings, which have been pivotal for protocol services in the country.

John’s professional journey may already have several milestones in a short span of time, but he insists that he has a long way to go. Keep an eye on this budding icon, because we know he’s going places!